Back in February of 2019, we had just started piloting our mock interviewing tool with a handful of career readiness programs. We had very few users, and I personally knew every person that was rolling out Talk Hiring in their organization.

One day in late February, Talk Hiring had a spike in mock interviews. All of the users were coming from a single high school in NJ. This was exciting, but also surprising! Who was spreading the tool and how did they know about our little company that had just launched?

I emailed a few of the students, asking them for the name of the teacher that told them about Talk Hiring and for some quick product feedback (in exchange for an Amazon gift card). Not surprisingly, that Amazon Gift Card was enough incentive to lead me to the teacher who found us, Chrissy Russell.

I then reached out to Chrissy, and had a wonderful email exchange with her about Talk Hiring! 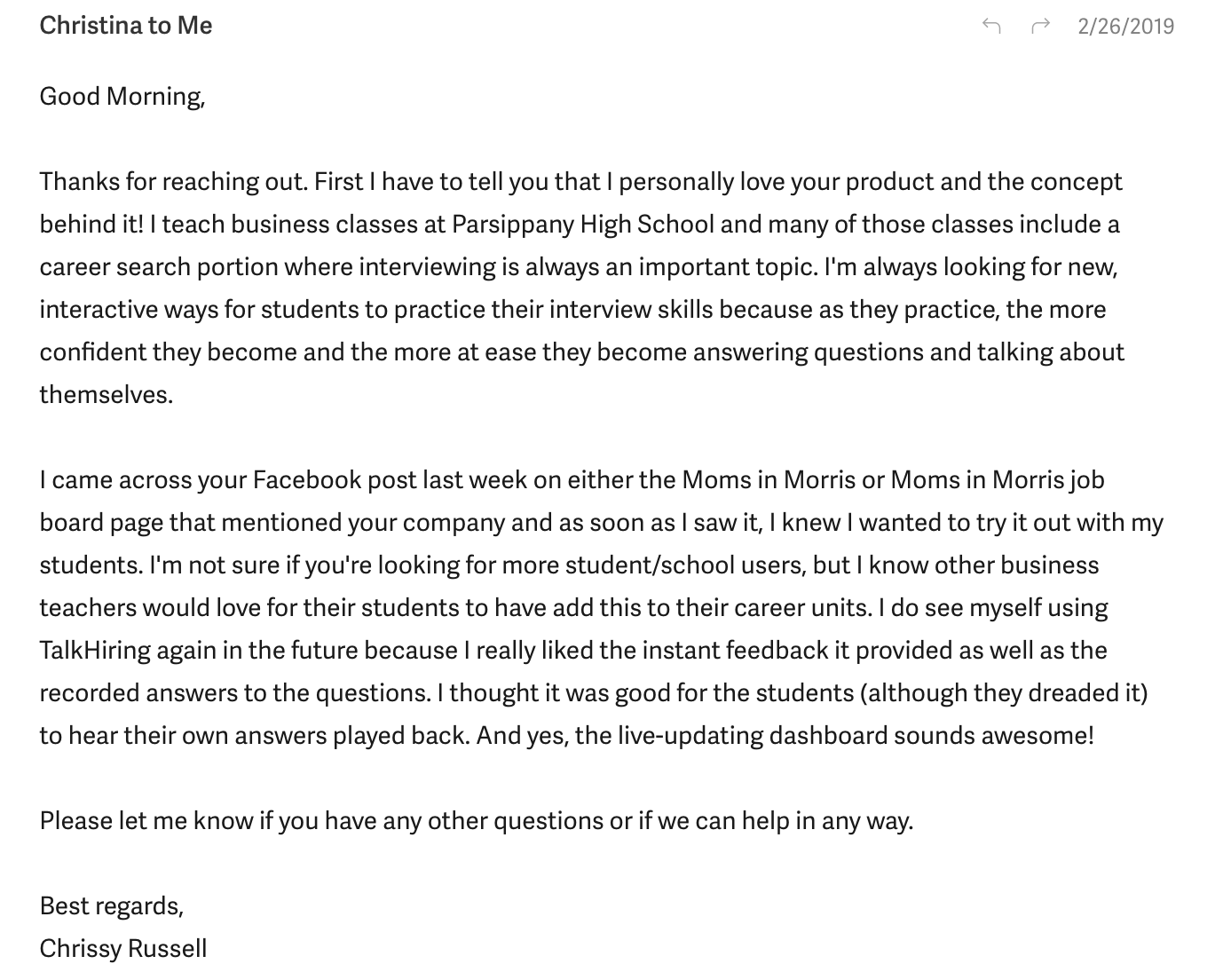 But it didn’t end there!

In November of 2019, we saw another spike in mock interviews, not only with Chrissy’s class, but also with other schools across the United States. I emailed Chrissy again, to see if she was the instigator behind all of this :)

One of the teachers that checked out Chrissy’s Facebook post was a teacher in Douglas County, GA. She tried the tool and liked it so much that we ended up working with the entire school district.

We owe an enormous amount of appreciation to Chrissy for taking a chance on us and for bringing Talk Hiring to high schools!